What is the general consensus on cosmetically enhanced boobs?

I am sure it will be as broad a viewpoint as on any issue, as it is impossible to get men to agree on which size boobs, real or enhanced, are the best of times.

Personally, I prefer small and pert. That is not to say I do not appreciate other types of boobs, and I have seen many ladies with a more than ample cleavage.

As for the real or enhanced debate, my attitude has shifted markedly since I began, based mainly on, if you pardon the pun, firsthand experience.

I used to have an image of all enhanced boobs looking disproportionate, even to the point of being grotesque. I had seen some in a certain type of film genre which were so large, they looked abnormal and this had largely clouded my judgement. 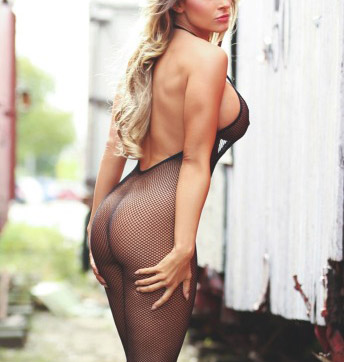 However, I soon found this was not representative and there are not only many good examples out there, some women have enhancements done for very good reasons and in some cases, it is impossible to tell at a glance, whether they are real or not.

The whole scandal of the French clinic who used unsafe PIP implants (check name), propelled the issue into the mainstream in 2011 and highlighted both just how many women do have enhancements done and why.

It is too lazy to say a lady only ever has enhancements done through vanity, as this scandal showed many women look towards cosmetic enhancement for anything from boosting self-esteem, correcting a medical imbalance or to regain a lady’s bust post having children.

Naturally, there are plenty of ladies who do have them done for no reason other than because they want to have a fuller chest. And why shouldn’t they? Nowadays it is a standard procedure and no different from someone wanting whiter teeth.

How could anyone say they are wrong, unless they are morally opposed to them or vehemently dislike them?

One can have a preference, but which ever way it is does not make it right or wrong.

I have stated my earlier position and some of the earlier examples of enhancement I came across were not that great. Indeed, I have seen some where the surgeon had left nasty and obvious scars, which do nothing for the lady’s appearance and can be quite off-putting. Equally, some do feel odd too, as I saw one lady where the implants felt square! Now that does mess with a man’s mind!

The majority of cases I have seen have been well proportioned and even, in some cases, hard to tell if they are enhanced or not, either by touch or scarring or by the size ratio.

I do feel one cannot judge whether enhancements are good unless it is on a case by case basis.

As to whether one finds the whole concept a bit fake or not is down to individual preference. I do, generally, prefer natural boobs, particularly pert ones. However, one lady I see, in particular, has a perfectly proportioned and enhanced pair and they really are fab!

Each to their own!

About the author: Martin from TEB Punter blog

Our escorts is available 7days a week:

London Hotels can be lonely places with just room service, the rip off mini bar and the TV to keep you company. Taking the chance to enjoy one of our Asian Escorts, would certainly make a sexy change to being alone. We can offer outcall escorts to your hotel in London.
Read more about Outcall Escorts in London

-Just call our friendly receptionists and let us make all the necessary arrangements.

Our opening hour during end of the year
Scroll to top